Biomass and the Beast

How free and open data are fostering innovative applications in Africa

The ecological footprint of the world’s tropical rainforests is enormous. It’s estimated they support 50 percent of all terrestrial life, yet cover less than seven percent of the globe.

What’s more, continuing deforestation not only threatens the habitat of many species, but also contributes to carbon emissions. The reason? Rainforests, and their living biomass, store large amounts of global carbon; known as a forest’s “carbon stock”. When humans clear rainforests, there’s less biomass to store carbon.

Aiming to support the global conservation initiative called REDD+ (Reducing Emissions from Deforestation and forest Degradation), members of the SERVIR Applied Sciences Team (AST) focused on creating an opensource database that mapped the world’s tropical rainforest biomass. “Making data freely available is not only how science advances, but also how people can most effectively make use of knowledge and information for their various applications,” noted SERVIR AST member Scott Goetz. The team’s hope was this intentionally shared data would ultimately spark applications ideas for conserving areas of unprotected rainforest around the world.

First though, the team needed Earth observations to map these global oases.

Goetz, along with team members Patrick Jantz and Nadine Laporte, used field measurements, NASA lidar observations, and MODIS images from Aqua and Terra, to create a global map estimating the amount and distribution of aboveground rainforest biomass across the Earth’s tropics.

Next, they wanted to determine where conservation efforts were already protecting tropical rainforests. For this, the team downloaded 5,600 world protected areas from a global database. Many countries designate specific locations as protected in an effort to slow or stop rainforest loss. This preservation, however, can at times create other problems for the local ecology. The fragmented nature of these habitats can interrupt species’ migration routes, limit food and water availability, and impact biodiversity. Knowing this, the team assessed ways to link these protected areas to each other along their nearest highest-biomass corridors, which identified new tracts of land that conservation efforts could target.

The final analysis revealed 16,257 corridors— green pathways that could potentially connect thousands of isolated patches of rainforest around the world. These corridors collectively cover 3.4 million square kilometers and contain an estimated 51 gigatons of carbon.

A Pathway to Conservation

GRASP is the Great Apes Survival Partnership, a United Nations initiative for ensuring the long-term survival of gorillas, chimpanzees, bonobos, and orangutans and their habitats. In a GRASP-REDD+ mapping project, the UN worked with the Max Planck Institute for Evolutionary Anthropology to develop an online tool. This tool superimposes the SERVIR AST-identified biomass corridors with the distribution of Africa’s great apes. In 2016, GRASP-REDD+ launched the tool during a conservation meeting with nine West African countries in Monrovia, Liberia.

"You cannot protect apes in Africa or Asia without also protecting the forests in which they live." Doug Cress, GRASP

So how are these giant primates reaping the benefits of biomass? 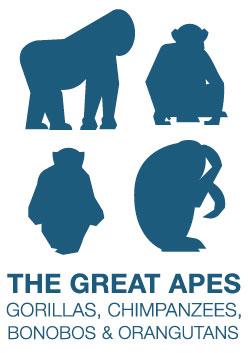 “The carbon tool helps to identify areas where REDD+ investments could potentially generate biodiversity benefits, in our case for great apes. We looked at corridors which could potentially link great ape habitats, and where REDD+ could provide the necessary seed funding to protect these areas,” explained Johannes Refisch, GRASP Program Manager. “The government of Liberia has confirmed that it will use the carbon tool for its national REDD+ prioritization work.”

Harrison S. Karnwea, the managing director of Liberia’s Forestry Development Authority was excited about the application of this new data. “This will help us a great deal here in Liberia,” he said. “It will help us in determining which areas are important and should receive our highest priority. Conservation is a great resource, and applying it scientifically in this way is very innovative.” 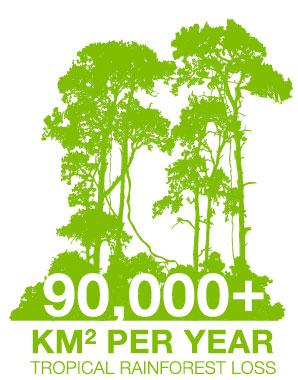 For GRASP Program Coordinator Doug Cress, it is crucial that conservation efforts like this continue to work as a partnership— where rainforest preservation and species conservation go hand in hand. “You cannot protect apes in Africa or Asia without also protecting the forests in which they live,” he remarked. “This project does an excellent job of emphasizing the overlap.”

And Jantz says there is more great news in store for the great apes. “We are now in the process of supporting the creation of forest corridors in the Murchison-Semliki Landscape [in Uganda] to conserve eastern chimpanzee populations and looking at possible incentives such as funding through REDD+ to encourage farmers to conserve forest on their land.”

SERVIR is a NASA-USAID venture that fosters applications of Earth observations to help developing countries assess environmental conditions and changes to improve their planning, decisions, and actions. https://www.servirglobal.net